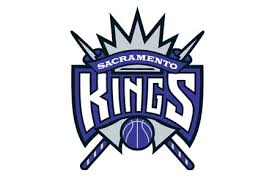 Inside look at the Kings - SOLD OUT

A special opportunity is coming up for Harvard Club of Sacramento members to see the Sacramento Kings take on the NBA champion Golden State Warriors and to participate in an “insiders talk” with Kings leadership, including team president Chris Granger.

The Jan. 9 event at Sleep Train Arena in Sacramento is being sponsored by the Harvard Club of San Francisco in conjunction with the HBS Association of Northern California.

Granger will greet the Harvard group and participate in an “insider talk” in the private Cantina Lounge beginning at 4 p.m. The talk will be followed by a viewing of the Kings vs. Warriors game in lower level seats at Sleep Train Arena. Game time is 7 p.m.

A 15-year veteran of the NBA, Granger is currently serving his third season as president of the Sacramento Kings and Sacramento Basketball Holdings, LLC. Granger is responsible for overseeing and executing all Kings business operations and spearheading the development of the downtown arena, the Golden1 Center, as well as the downtown mixed-use development project. Granger received his bachelor’s degree from Cornell University and his M.B.A. from Yale.

The event price is $145 for club members, who may bring up to three guests at that price until the end of October. Tickets will be available at the will-call window at Sleep Train Arena.

If you have any questions, contact event organizer Sean Jacobsohn by email at  sjacobsohn@gmail.com. He also has information on other sports-related events in San Francisco in later January.