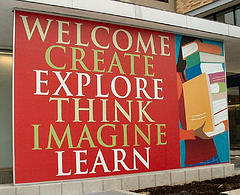 Jack Reynen, a Sacramento-area native, has been in the residential development and homebuilding business for more than 19 years. Prior to that, he worked in investment banking and law for 12 years. Jack is the president of Reynen & Bardis Homes, Inc., a home builder with operations in the Sacramento area and in northern Nevada.

Jack has conducted alumni interviews for Harvard College every year since 2005-2006, served as a member of the Stanford Law School Board of Visitors from 2007 to 2014, and was a member of Mayor Johnson’s Think Big Committee that explored ways to keep the Kings in Sacramento.

Jack received his J.D. from Stanford Law School and his A.B. (in Mathematics) from Harvard College. Jack is married to Miriam Porter (a Yale graduate). They have four children.

Mary Mooney graduated from Harvard College in 2006 with a concentration in History and Literature. She attended the UCLA School of Law and practiced banking and finance law for a large firm in Los Angeles after graduation.

Mary and her husband, Christian Kurpiewski, a fellow UCLA Law grad, came to Sacramento for a 4-month stint in 2013, fell in love with the city, and never returned to LA! They have two children and a dog and live in East Sacramento. Currently, Mary is an attorney for the California Secretary of State.

Mary enjoys doing Harvard alumni interviewing for the region each year and is looking forward to working with the board to put on new and exciting events for alumni and their families.

Treasurer - Margaret Kane
Margaret is a director of the national Harvard Alumni Association, responsible for the Northern California Clubs, including Sacramento. In this capacity, she strives to build overall alumni engagement and a stronger sense of connectivity between the Northern California clubs, their alumni, and the HAA in Cambridge.

Margaret is president and CEO of Kane Bank Services (www.kanebankservices.com), a management consultancy that provides financial institution clients with proven solutions in areas such as sales management practices, development of multi-channel distribution strategies, and overall execution of successful retail banking strategies. Margaret’s clients span the globe and include Citibank, Lloyds Banking Group, and a number of community and regional banks throughout the country.

Margaret received her PhD in Sanskrit from Harvard in 1983 and a Certificate from the Harvard Introduction to Business Program for PhDs in1982. Margaret serves on a number of boards of directors in Sacramento. She is chair of Broadway Sacramento, the state’s largest non-profit musical theater company, and she also serves on the board of Congregation Beth Shalom.

Sadia Niazi graduated with a Masters in Oral Biology and a Certificate in Orthodontics from the Harvard School of Dental Medicine in 1999. She was Assistant Clinical Professor in the Department of Orthodontics at NYU from 1999-2001 and now practices Orthodontics part time in the city of Stockton. Sadia has been working at Delta Dental as an Orthodontic consultant since 2012. She loves her profession and is always incorporating the latest techniques into her practice.

Sadia is married to Zahid Niazi and has three kids and lives in Elk Grove. She likes to read, practice yoga, cook and travel. Some of her favorite books are The Glass Castle, Three Cups of Tea, Longitude, The Bookseller of Kabul, Game Change and The Age of American Unreason. Sadia loves meeting people and getting to know their views and opinions. Her goal is to create fun, informative, and diverse events and service opportunities for Sacramento Harvard alumni and their families.

After living in Boston and Dallas for many years, Merlene moved to California in 2018. She considers her education at Harvard University the most meaningful experience of her life, and has made giving back, via efforts promoting alumni affairs, a focal point. Appointments have included membership on the Arts Committee for the Harvard Club of Boston, serving as Co-Vice President of the Programs Committee, Founder and Chair of the Arts Shared Interest Group, and as a member of the Schools Committee for the Harvard Club of Dallas. Merlene is excited to apply her experience organizing arts and cultural events to enrich the lives of new friends in the Sacramento Harvard alumni community.

After graduating from Harvard University, Merlene went on to study interior design at the New England School of Art & Design. She enjoys spending time with new and old friends, the arts, physical activity, participating in volunteer programs and animal rescue efforts.

Suzy Underwood (AB '72) has been interviewing applicants through the Schools and Scholarships Committee for more than 20 years and has been chair of the committee since 2008. Each year she coordinates interviews for more than 250 applicants, assigning each of them to one of approximately 50 alumni interviewers. She holds a training session every fall and an admitted students’ reception in the spring. She is always looking for new interviewers who have received their bachelor’s degrees from Harvard.

Suzy is an attorney married to another attorney who is a Yale graduate. They have three grown children, including one who is a member of the Harvard class of 2010.

Jayne Kang Kim is a licensed architect and LEED AP. She received a bachelor’s degree from The School of the Art Institute of Chicago in 2003, a Master of Architecture from Harvard Graduate School of Design in 2010, and an MBA from the UNC Kenan-Flagler Business School in 2018.

Over the past eleven years, Jayne has worked at several, reputable architecture firms, both nationally and internationally. In her years of practice, she has won numerous project design competitions.

Jayne previously served as committee member for the Academy of Architecture for Health (AAH) at the AIA Central Valley affiliate in Sacramento, a Board Member for both the Community Appearance Commission of Winston Salem & Forsyth County and a board member for the Susan G. Komen Northwest affiliate in Winston-Salem, NC.

Jayne is married to Phillip Kim, a Urologist at UC Davis Health. They have a 1-year old daughter named Leighton..

Operations - John Peters
John Peters (MBA ’86) is an angel investor, advisor, and community volunteer. John built his career as a senior executive at Hewlett Packard, BMC Software, and Touche Ross Consulting. He has a solid track record in leading and growing enterprise software businesses, developing and managing strategy through to execution, and growing and developing senior leadership staff.

John is the Chairman of the Sacramento Angels investment group and an active investor and advisor to several area startups. John is also on the Steering Committee and the Chairman of the Harvard Business School Community Partner program, providing pro bono strategic consulting services to a variety of non-profit organizations located throughout the valley and bay area. Recent clients include the California Academy of Sciences, the San Francisco Mayor’s Office, and the Nature Conservancy.

John earned his MBA from the Harvard Business School and a BS in Information Technology & Accounting from the Indiana University of Pennsylvania. John resides in Granite Bay with his wife, Joann, and 2 dogs, where his outside interests include cycling, music, wine, and food. He is a fledgling scuba diver and chef.

Mary Mooney graduated from Harvard College in 2006 with a concentration in History and Literature. She attended the UCLA School of Law and practiced banking and finance law for a large firm in Los Angeles after graduation.

Mary and her husband, Christian Kurpiewski, a fellow UCLA Law grad, came to Sacramento for a 4-month stint in 2013, fell in love with the city, and never returned to LA! They have two children and a dog and live in East Sacramento. Currently, Mary is an attorney for the California Secretary of State.

Mary enjoys doing Harvard alumni interviewing for the region each year and is looking forward to working with the board to put on new and exciting events for alumni and their families.