Virtual Speaker Series: A Conversation with Michael Sandel on his new book, The Tyranny of Merit: What's Become of the common Good? 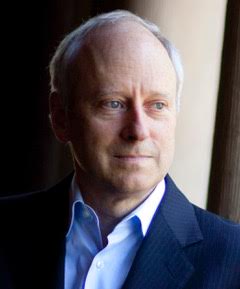 Please join the Harvard Clubs of Sacramento and Silicon Valley on Wednesday, April 14th @5.00pm for a special virtual event, as we welcome author Michael Sandel to discuss his new book, The Tyranny of Merit: What's Become of the Common Good?, which has been named "Best Book fo 2020" by The Guardian, Bloomberg, New Statesman, and The Times Literary Supplement.

Vivek Viswanathan, a Senior Policy Advisor on the White House National Economic Council will facilitate the conversation with Sandel, including questions from attendees. Prior to joining the Biden Administration, Viswanathan served as Chief Deputy Director for Budget and as Senior Counselor to Governor Gavin Newsom. He is a member of the Harvard class of 2009.

These are dangerous times for our democracy. We are increasingly living in an age of winners and losers, leading to a populist backlash against elites and extreme polarization. The Tyranny of Merit offers a novel diagnosis of our polarized politics and how to heal it.

Michael Sandel argues that to overcome the crises that are upending our world, we must rethink the attitudes toward success and failure that have accompanied globalization and rising inequality. Sandel exposes the hubris a meritocracy generates among the winners and the harsh judgement it imposes on those left behind. He offers an alternative way about thinking about success -- more attentive to the role of luck in human affairs, more conducive to an ethic of humility, and more affirming of the dignity of work. The Tyranny of Merit points us toward a hopeful vision of a new politics of the common good.

Reviewing the book in The New York Times, Arlie Hothschild writes: "Now's a good time for both sides to sit down for a very serious talk, with The Tyranny of Merit required reading for all."

Event price of $25 includes a hardback copy mailed dirctly to attendees. The Zoom link will be sent post-registration and prior to the event. Books will be mailed as registrations are received, though shipping delays are common during the pandemic.

This event is sponsored by the Harvard Clubs of Sacramento, Silicon Valley and Southern Califronia.

Michael Sandel is the Anne T. and Robert M. Bass Professor of Government at Harvard University, where he has taught political philosophy since 1980. He has been described as a "rock-star moralist" (Newsweek) and "the world's most influential living philosopher." (New Statesman)

Sandel's books, including What Money Can't Buy, and Justice: What's the Right Thing to Do?, have been translated into 30 languages. His legendary course "Justice" was the first Harvard course to be made freely available online and has been viewed by tens of millions of people. His BBC series "The Global Philosopher" explores the ethical issues lying behind the headlines with participants from around the world.