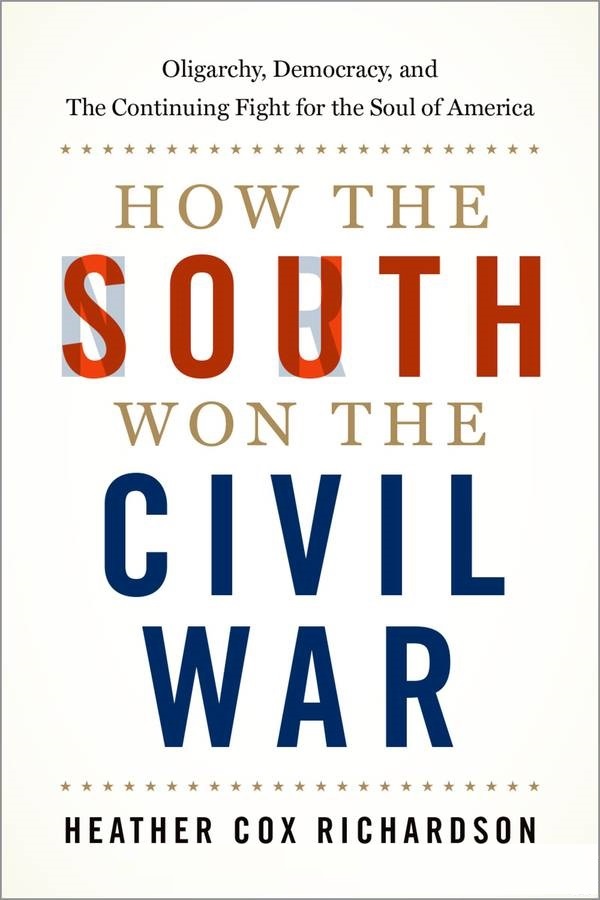 Book Club to discuss How the South Won the Civil War: Oligarchy, Democracy, and the Continuing Fight for the Soul of America  by Heather Cox Richardson

The book for April is How the South Won the Civil War, by Heather Cox Richardson. While the North prevailed in the Civil War, ending slavery and giving the country a "new birth of freedom," Heather Cox Richardson argues that democracy's blood-soaked victory was ephemeral. The system, which had sustained the defeated South, moved westward and there established a foothold. How the South Won the Civil War traces the story of the American paradox, the competing claims of equality and subordination woven into the nation's fabric and identity. Richardson seizes upon the soul of the country and its ongoing struggle to provide equal opportunity to all. Debunking the myth that the Civil War released the nation from the grip of oligarchy, expunging the sins of the Founding, it reveals how and why the Old South not only survived in the West, but thrived.

The Zoom meeting is scheduled for Wednesday, April 13th, at 4:30 pm, and participants are welcome to enjoy a beverage, alcoholic or not, during the meeting! Bill Myers will be hosting the meeting. The meeting login details will be sent a day before the event. Please RSVP to Chris "C.J." Shim at chrisjshim@yahoo.com.